Cruising Europe was a dream come true, and it all started with 5 days in Italy. Me and my family intended to spend 2 days in Rome, taking in the city with all its decaying grandeur, and then spend the remaining time visiting the gilded halls of Florence’s top family–the Medici–and the time capsule that is Pompeii, a city sealed in all its volcanic ash and forgotten by time and men for thousands of years. From there, we would make our way to Venice to catch our cruise ship to the Adriatic Sea and Jerusalem. The trains tickets were purchased, the journey carefully mapped. It was going to be riveting. At least that was the plan until a tornado ripped through Atlanta.

The tornado delayed every flight in and out of Atlanta International Airport, including ours (we had a stopover in ATL). The logistics were a mess, and we ended up airport hopping for 3 days in our attempt to get there. We finally made it to Rome in the evening of what would have been Day 3. Our chances to see Pompeii and Florence were shot. So we decided to make the best of what we had. Believe it, Belles. We saw Rome in a day.

Fresh off the plane and exhausted, I somehow convinced my parents to grab some halal gyro pizza from a street vendor (there’s TONS of Bangladeshis in Italy! Who knew?) and come out for a quick walk. Little did they know I had a surprise in store. I led them through the cobblestone streets full of music and laughter, turned a corner, and bellisimo! We were at the Fountain of Trevi. It was magical; the perfect way to lift our spirits. We made our wishes and tossed our coins. Did I take the moment to sing the first few lines of “Call Me, Maybe”? You bet. On blast. 😀

In the morning, our first stop was the Vatican. This city/museum is so vast, you need to get a tour guide. Ours was wonderfully interactive and could answer all the questions I had planned to save for our trip to Florence about the Medici and their influence on art, politics, and religion. Two birds, meet my one stone. 😀 I had never been in a museum where the artwork was close enough to touch–not encased in glass. We walked through centuries of sculptures and art as we moved towards the Sistine Chapel with its most famous of ceilings–The Creation of Adam. No photos were allowed inside the chapel but Michelangelo’s fresco was awesome. The details, the history, the underpants (yes, I said underpants). All the controversy between artistic vision and religious propriety was right before our eyes. And it was MASSIVE.

After a quick lunch and a refreshing gelato to give us a boost, we left the Vatican and began our race to see Rome. It felt like the tornado had followed us all the way from Atlanta–we found ourselves running from place to place, trying to see as many of our must-see sights as we could. Here were our top picks:

The Mouth of Truth (Bocca della Verita): First made famous in Roman Holiday, we had to try our hand (get it? pun very much intended) at surviving its jaws. On our way out, we happened upon a lovely operatic performance taking place in the adjacent church, Santa Maria in Cosmedin. 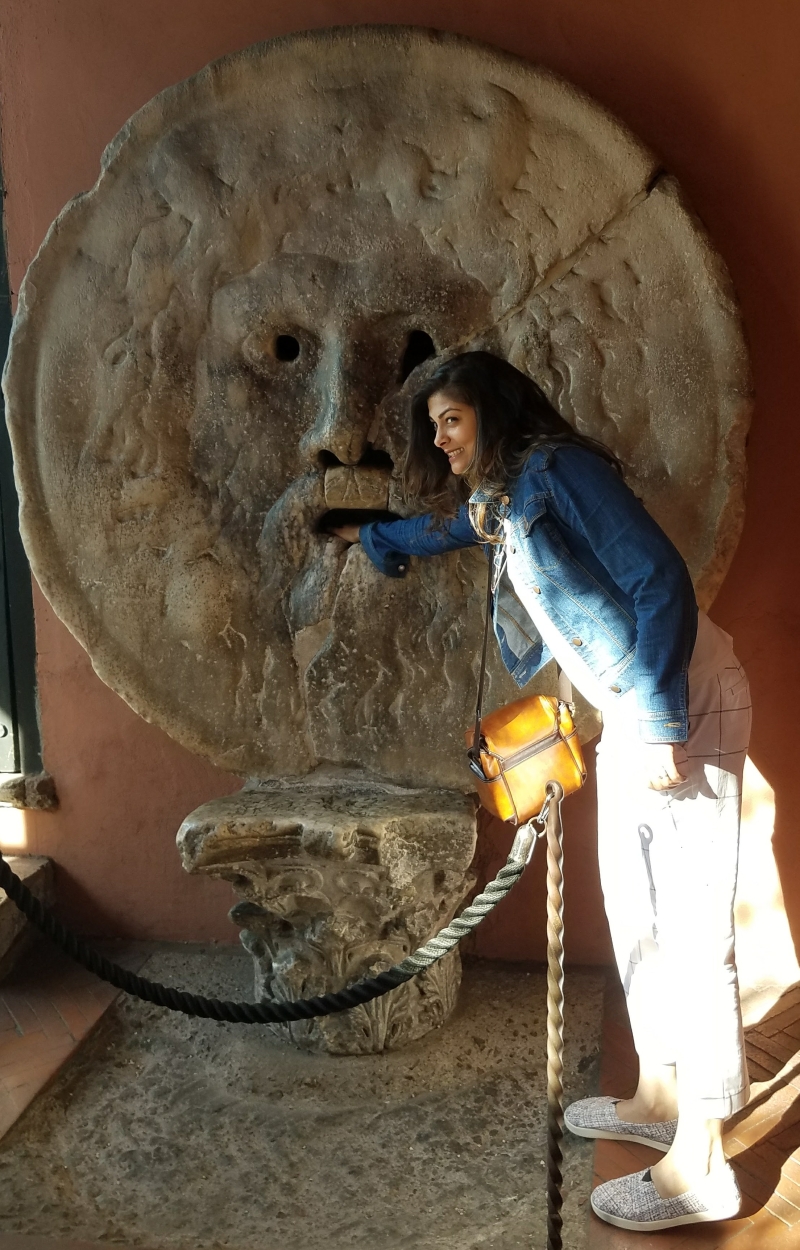 The Colosseum (Le Colosseo): To the movie-classic question, “Are you not entertained?!”, we gleefully reply, “Yes!” We were literally running to the gates of the Colosseum before the guards could call ‘last entry’ and couldn’t have been happier with what we saw. I still get goosebumps when I see the cells where the beasts prowled, impatient for that cocktail of clean air and blood. We soaked it all in–the scale, the sensation. Thanks to my handy Fodor travel guidebook, we all took turns giving the structure our own melancholy salutation like the hundreds of gladiators who had come before us. Ave, Imperator, morituri te salutant. Hail, Emperor, those who are about to die salute you.

The Spanish Steps and Piazza Di Spagna: Believe it or not, this was one of my favorite places. We got here right around sunset, after a long day of walking. We’d seen the Pantheon, the Palatine Hill, Circus Maximus, the Roman Forum, and the wonderfully busy Piazza Venezia. We’d seen street performers seemingly floating in thin air and busts of old emperors by the Arch of Titus, with its towering trees of peculiar, almost Truffula-like form. We were ready for a rest. As we walked down the Piazza di Spagna, lined with designer stores, we met the most charming Italian violinist who, noticing our interest, serenaded us with his beautiful rendition of Por una Cabeza, which happens to come from my mother’s favorite movie, Scent of a Woman.

We grabbed some gelato from nearby and plopped down on the steps in true Audrey Hepburn-style. We were soon being shooed off (apparently food is no longer allowed on the steps–too many tourists making a mess!) but we had a grand old time with it. About ready to call it a night, we started making our way off the plaza when a barrage of heart-shaped balloons came bobbing down our way. A surprise proposal! We were thrilled. We joined in the festivities, observing and even singing along to the couples’ friends’ rendition of the Bruno Mars song, Marry You. Yes, my Belles, Rome was magical.

Sure, we didn’t see the Borghese Gardens, the Duomo in Florence, the Barberini Palace with its exquisite interiors seen in Roman Holiday, or the many museums in the area but that’s what a second round is for. After all, this is what dreams are made of, right? 😉 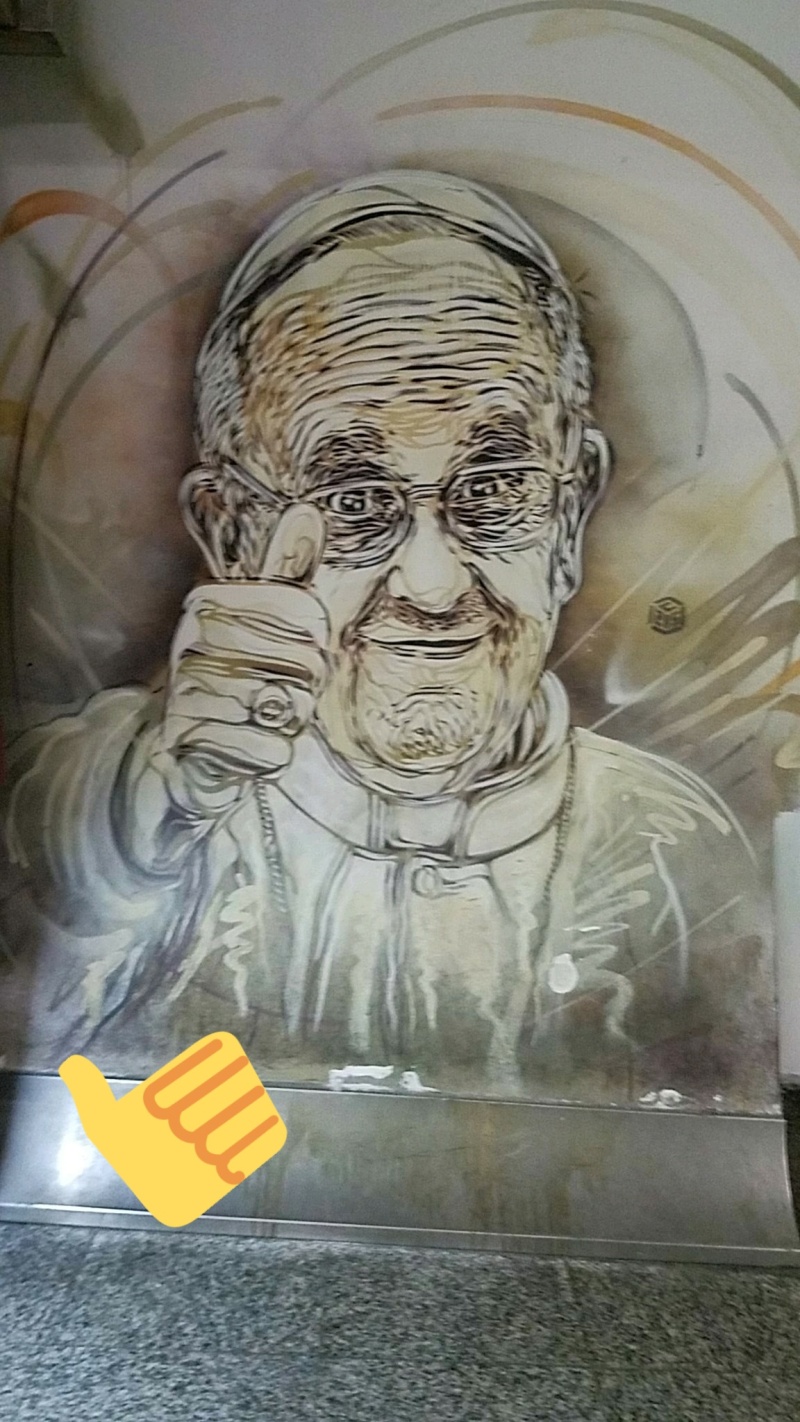 Did you enjoy the post? Want more? Sign up for my newsletter for exclusive content from my trip to Rome and the other amazing places I’ve been!