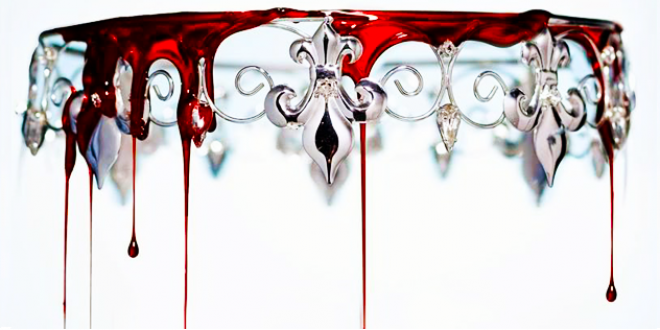 I haven’t really been  to a Barnes & Noble in about 4 years. And all my readers out there know that I don’t mean I haven’t been inside one in 4 years. I haven’t sat for hours in a deliciously soft leather couch, with a sweating Java Chip Frap in one hand and a hardcover in the other, flipping through page after chapter after book to the tune of a soft banjo playing an indie beat through the speakers. Sounds amazing, right?

Well, after 4 years, and a really crappy day at work, I drove over to the nearest Barnes & Noble and treated myself to that special “me-time”. I bought a lot of books that day… lol. Red Queen by Victoria Aveyard was one of them.

I was drawn in by a promising beginning and an amazing reference from abookutopia on Youtube. She claimed it had one of the biggest plot twists she’d ever stumbled onto so I was intrigued.

The middle turned out to be ok. There were lots of awkward situations where I felt distant from the main character. It bothered me that she was placed in such an incredibly powerful position but instead of taking advantage of it, making friends of those around her (she’s not anti-social like Katniss), she instead chooses to skulk around and live in a state of perpetual fear. Yes, we’re seeing more “strong, female protagonists” in books these days, but why do they all have to be so…detached? Can’t we have a strong, female protagonist that uses charm to her advantage in difficult situations that she’s facing? Am I reaching for the stars?

Sadly, I knew about halfway through that I was going to be given a terrible ending. At least that met my expectations! 😦 I think the author lost touch of her characters’ personalities in her scramble to give us a plot twist. A good reader knows that anything is fair game if the characters no longer seem to be who they were at the beginning of the book… #disappointed

Have you read Red Queen? If so, what did you think of it? Did the plot twist take you by surprise? Did you feel like there were a lot of similarities between Red Queen and The Hunger Games? Let me know in the comments below!

This entry was posted in Literature, Uncategorized and tagged Talk Nerdy To Me. Bookmark the permalink.